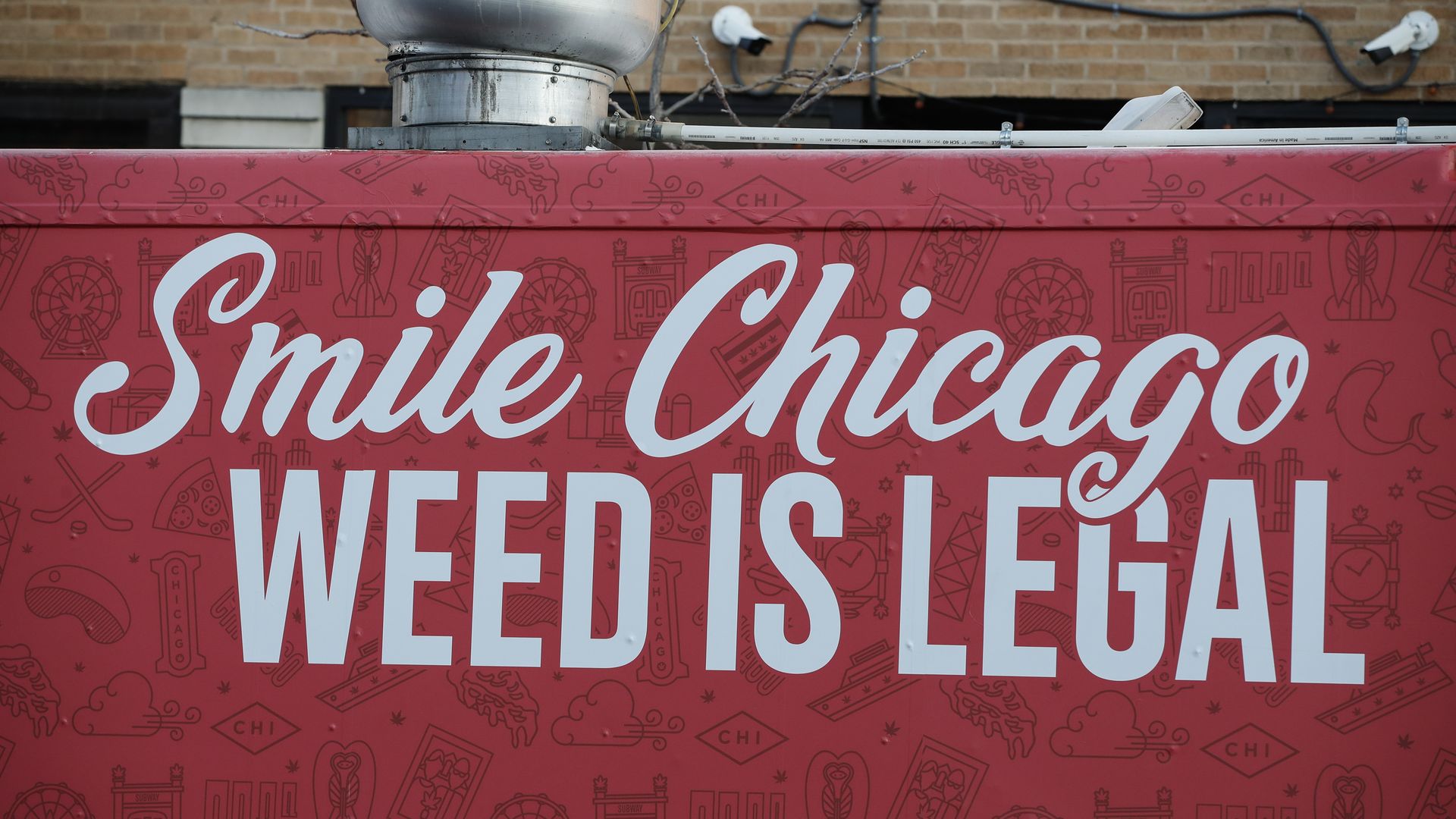 January 1, 2020 Illinois made history becoming the 11th State in the USA allowing adults 21 and over to purchase marijuana for recreational use. Patrons waited in lines for hours in anticipation of the dispensaries opening and in turn sales skyrocketed exceeding 3.2 million dollars spent on it's opening day. Who is the biggest beneficiary of this new revenue stream in the State of Illinois? Well you guessed it, the state itself whom has a 33% stake aka taxation level on the NEW booming marijuana industry in Illinois and is poised to produce a small fortune from all this new tax revenue. While the rest of the state was celebrating their new found high, the law abiding gun owners in Illinois realized the legal quagmire the passage of this new law just created....that is if you want to keep your guns.

Legal Quagmire you say? Yes. It is actually simple to understand where this legal conflict stems from and it's easier to understand its potential felonious consequences for law abiding gun owners. In the United States of America our laws our governed in this basic structure: You have Federal Laws, State Laws followed by Local Laws & Ordinances. As the state of Illinois worked to successfully introduce the legal sales of Marijuana you witnessed local levels of government passing ordinances banning the sale of "legal marijuana" in their cities and towns. It's simple right? The state says it's lawful and legal however local government took their position to NOT allow it sold within their community hence an ordinance was born.

Oh yeah what the point of all of this you ask....let's end the argument once and for all.

"Article VI, Paragraph 2 of the U.S. Constitution is commonly referred to as the Supremacy Clause. It establishes that the federal constitution, and federal law generally, take precedence over state laws, and even state constitutions."

So while the state of Illinois (whom issues your FOID and CCL Cards) allows for the recreational use of marijuana the feds have a different position on the marijuana issue altogether. It's illegal, PERIOD. In the eyes of the feds marijuana is a Schedule 1 narcotic (same as cocaine as a good reference point) and does not recognize the recreational or medicinal use of marijuana under any circumstance. This is an extremly important position to understand as all of our gun rights in the United State are regulated by....you guessed it....the federal governement.

The positions of the Federal Governement and the State of Illinois are in direct conflict with each other (and the other state's who have also legalized marijuana use as well) leaving it's citizens to determine the best path forward. It's this conflict people seem to get most confused about..if the state says we can well then we can right?

Let's break this down:

Can you still have a FOID card and visit a dispensary? Yes, allowed by the state of Illinois.

Can you still have your concealed carry? Yes, allowed by the state of Illinois.

Can you still buy a gun from a gun store or FFL dealer? NO. The firearms industry is regulated by the ATF whom is a federal branch of law enforcement. When you purchase a firearm you fill out a federal form the 4474. Questions 11e of this form asks the potential lawful purchaser:

meaning you could not lawfully answer this question without committing perjury, a potential felony.

Can you lawfully own or possess firearms and have legal weed in your home? NO. Reread the above questions and it states "the USE or POSSESSION of marijuana remains unlawful under Federal Law regardless of whether it has been legalized or decriminalized for medicinal or recreational purposes inthe state where you reside.

In an effort to clarify the potential conflict the Illinois State Police issued a formal statement on their FB hours before this new law took effect. Illinois resident's were worried the state would revoke their FOID and CCL permits for simply visiting a dispensary or using legal marijuana. The synopsis of this statement, No they will NOT revoke your FOID (Firearm Owners Identification Card or your Concealed Carry License) for using marijuana unlessssssssssss.

"The Illinois State Police will not revoke Firearm’s Owner’s Identification Cards based solely on a person’s legal use of adult use cannabis. Pursuant to both State and Federal law, a person who is addicted to or a habitual user of narcotics is not permitted to possess or use firearms. Accordingly, the ISP will revoke FOID cards where it is demonstrated that an individual is addicted to or is a habitual user of cannabis. The ISP would also revoke or deny the FOID cards of those who violate certain provisions of the Cannabis Regulation and Tax Act. The use of cannabis is still considered to be illegal by the Federal government and the purchase of a firearm from a federally licensed firearms dealer is governed by Federal law."

The moral of the story is buyer beware. The choice to use marijuana or not is yours and yours alone. As a responsible gun owner it is also your responsibility to understand all of the laws (Federal, State, Local) pertaining to the use or possession of a firearm to ensure you stay lawful where you reside. While the rest of this state may be in a THC induced fog we are seeing clearly the potential legal consequences of this conflict. Choose Wisely Friends!

Get the latest updates on new products and upcoming sales